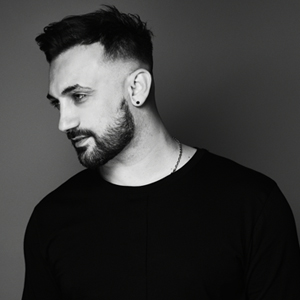 5 Years in a row ranking in the DJ MAG top 100, Tenishia hold their own as the most successful DJ/Producer in Malta, selling arena shows and appearing everywhere from TV to mobile phone adverts. Winners of ‘Best Newcomer Award 2005’′, ‘Best Live Performance 2005’, ‘The International Recognition Award’ and 3 years in a row ‘Best Dance Tune Award’ at the Malta Music Awards, Tenishia has proved to be an Icon to the young generation taking the clubbing scene by storm and building up enough fans to hold their own Tenishia in Concert events. With numerous releases on Armada Records that have blasted the speakers of various clubs and events around the planet, Tenishia have gained a solid international fan base that is constantly demanding them to travel the World with their performances. They are know for their particular sound in Progressive Trance and also Chill Out productions which also lead to an IDMA Award nomination in 2011 at the WMC in Miami Tenishia’s story started in Summer 2004 when Joven Grech and Cyprian Cassar met through mutual friends and joined forces for music production after a discussion about music in a small bar. Joven was already into djing for a few years while Cyprian had a perfect ear for good melodies due to his classical music background of playing the piano and other musical instruments from a very young age.  Click HERE for full bio