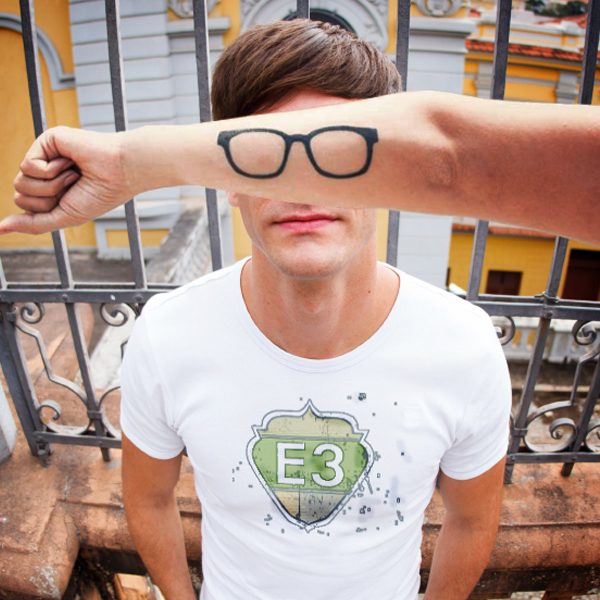 One could say that the creative act of piecing together several ideas by using the computer is kind of golden thread in the life of Henrik Twardzik: Originally the native of Hamburg used to do compositing works for film productions, following a regular job. It was 1999, when something happened that should change his life: Basically he heard a song. But “Klein Aber Doctor” made him so much stoked, that he finally decided to get into producing music himself. Having a creative vein on the one hand and heaps of experience with clicking the mouse buttons hundreds of times per day, piling up sequences on a computer screen on the other, he moved forward pretty fast. His first releases rapidly gained popularity and simultaneously Henrik got more and more enthusiastic about producing music. Taking the necessary actions as a result of that made his girlfriend pronouncing a certain phrase more and more often: Get a proper job again! Well, today she doesn’t say that any more… Following the patterns of classical Progressive Trance at first and playing to its referee’s whistle, Henrik slowly but constantly developed a very own style. His album “No Way To Leave” from 2005 marks a turning point in his musical career. With this one he founded his own school of Trance music, consequently following the paradigm of Progressive in the very original meaning of this term. Today Henrik is blissfully happy with getting a remarkable positive feedback from Trance fans all around the world and even being asked to produce music for TV commercials and popular movies.  Click HERE for full bio