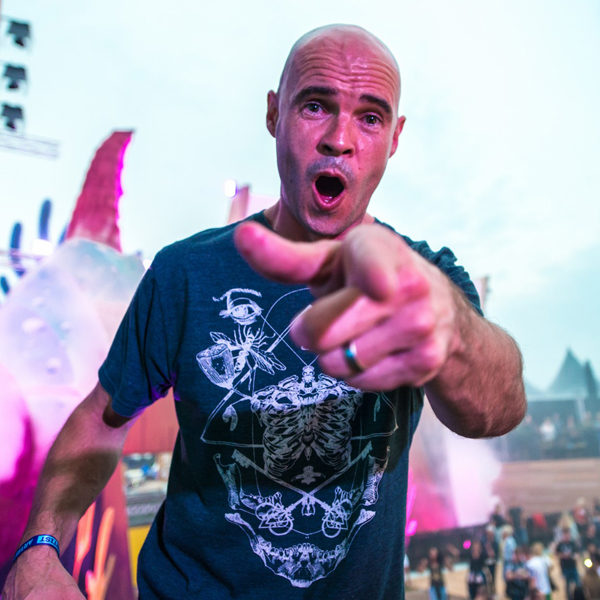 Since being introduced to the Dutch dance scene in 1998 by MC Marxman, Stretch has become a regular voice on the microphone for some of the biggest organisations all over the world. He began his entertainment career back in London in 1988, doing his own parties with a couple of friends. This soon led to Weekend Pirate Radio.  This began his professional career in Dance music. At the end of 1992, he moved swiftly in the industry creating his own parties in North London and after a 3-month stay in New York, he went back to London and started working with A.W.O.L. and World Dance.

Since his permanent move to the Netherlands in 2002, Stretch has become the voice for a generation. Held in the highest regard by Tiesto to Carl Cox there is no better host for a party or festival in the world of dance music. Tomorrowland has become his church and the message is to spread love.

He continues to produce under several names and features as MC Stretch throughout every genre of music. His first love is still as a DJ (he favours the after party) but knows his roll as the MC is much more important especially with the current trend of Dance music and the evolution of the festival experience. Always the professional and a gentleman, your club or festival is in very safe hands.