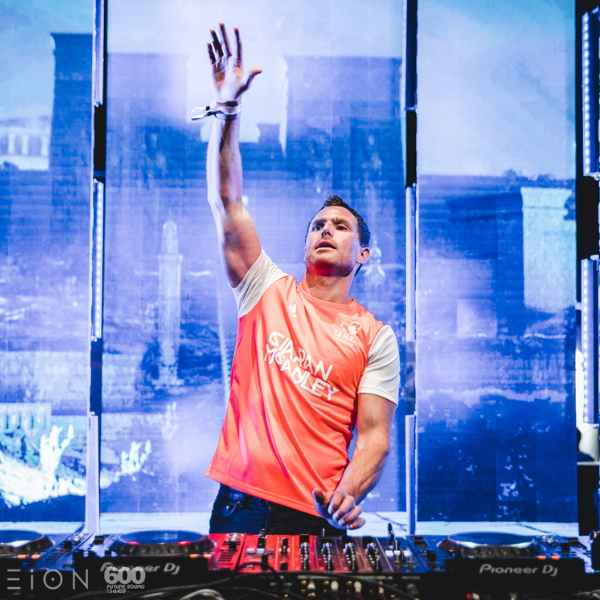 The last few years have seen Ciaran McAuley well and truly announce his arrival into the trance pantheon in recent years becoming not only one of the most consistent producers in uplifting and vocal trance, but also one of the most in demand Djs and performers globally.

Ciaran’s previous gig bookings read like the who’s who of festivals; Tomorrowland Mysteryland, Dreamstate, EDC Las Vegas, Electronic Family, Creamfields, Luminosity and A State of Trance to name just a few, whilst he has regularly toured in Asia, USA, Canada, Uk & Ireland and mainland Europe for the past few years.

Being front and centre of the big stages is not the only place Ciaran is excelling. With over a dozen number 1 hit singles, multiple “tune of the week” awards and endless growing list of collaborators, Ciaran has simply been on fire in the studio. Artists such as ferry Corsten, Aly & Fila, Paul van Dyk, Bryan Kearney, Christina Novelli, RAM, Gareth Eemery, and Susana have either worked with Ciaran on a track, or employed his talents to remix one of their own creations.

There have been massive hits such as “Save Me”, “All I Want”, “Tears Don’t Mean Your Loosing”, “Our Journey” and “Daring to Love” have all seen release on stellar, respected labels such as Armada Music, Black Hole, Future Sound of Egypt, and Nocturnal Knights. With plenty more as good if not better in the pipeline for 2021 and 2022, don’t be surprised to see a few more number 1 hits.

Ciaran is a man on a mission, setting high standards and benchmarks for himself all the time with his music and performances. With 2022 fast approaching a lot of his focus will be on his debut artist album due in the second part of the year. What a treat for trance fans that is set to be.